When God Give You a Second Chance 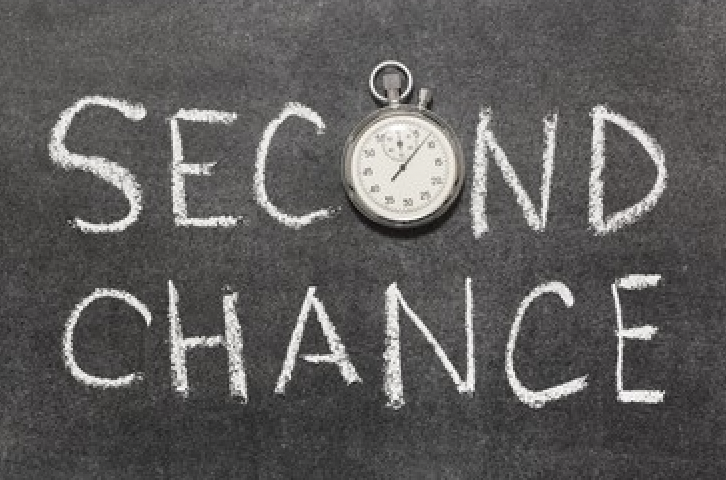 “Simon Peter, a servant and an apostle of Jesus Christ, to them that have obtained like precious faith with us through the righteousness of God and our Savior Jesus Christ.” (2 Peter 1:1)

Two such notable examples are his reference to himself as a servant and as Simon. Simon is the name Jesus used to refer to him often. One memorable example is of an exchange recorded in Luke 22. “The Lord said, Simon, Simon, behold, Satan desired to have you that he may sift you as wheat: but I have prayed for thee, that thy faith fail not: and when thou art converted, strengthen thy brethren.” Peter insisted that he was prepared to go to prison or even die for the sake of Christ. However, Jesus knew that he was not ready yet. One day he would be but not that day. The reference to conversion was not one of salvation but of steadfastness. This would follow a humiliating failure in Peter’s life. Jesus would give Simon Peter a second letter of life and there would be a marked improvement.

Not everyone gets a second chance. In the Book of Ruth, Elimelech never returned to Bethlehem. In Leviticus 10, Nadab and Abihu received no second chance after offering unauthorized fire before the Lord. In Joshua 7, Achan disobeyed God, and it cost the lives of his entire family.

Yet, consider the length God went through to grant repentance to Nineveh in the Book of Jonah. After committing adultery, murder, and blasphemy, God gave King David a second chance. Though scars from the first letter may accompany the second, I am grateful for every second letter the Lord has graciously allowed me to write.

In 1929, college football’s Rose Bowl presented the teams of Georgia Tech and the University of California. California, coached by Nibs Price, was led by First Team All American Roy Riegels. During the second quarter of this game Riegels picked up a Georgia Tech fumble and ran the wrong way to finally be tackled by his own teammate at the one-yard line to keep him from scoring points for Tech. Georgia Tech did eventually kick a field goal. Roy felt as though he had ruined the game, himself, his coach, and his team. He was so distraught he did not want to return to the game after half-time. Coach Price admonished Roy to, “get back out there - the game is only half over.” Roy played an outstanding second half that matched his All-American status.

One of the key themes in the Second Epistle of Peter is the knowledge of God and of Jesus our Lord. Knowledge is defined as scientific facts (as in 2 Peter 1:5) or recognition one becomes acquainted with through personal experience (as in 2 Peter 1:2 & 8). Knowing Biblical facts is essential, but knowing practical experience is equally essential. Knowing the Grace of God personally and practically is what we testify of. If you know God is giving you a second chance, make the most of it without delay.