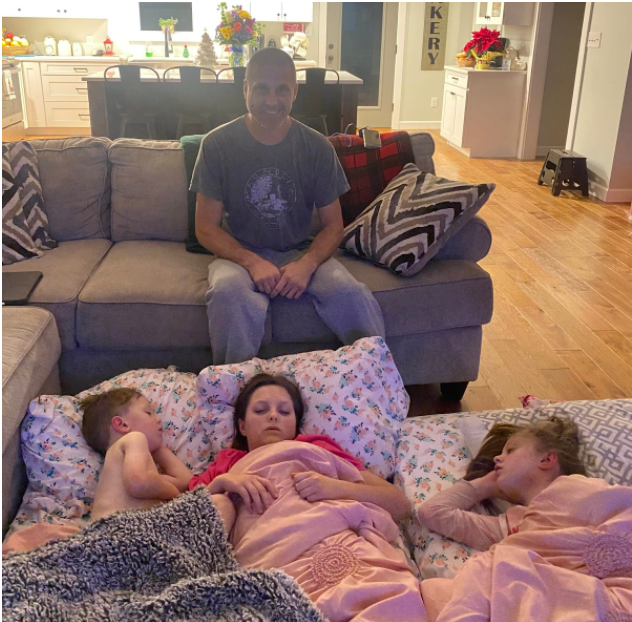 On Tuesday, December 14, the Lord allowed me to experience something few people do in their lifetime.  No, I'm not talking about getting shot with a gun.  I’m talking about a near death experience where God becomes so real you know he is on your side watching over you.  Seconds after being shot, I sat there on the ground thinking of how the Lord had been watching over me.  I said to my friends around me, “Boys, the Lord was watching out for me.”  Then I began to laugh out loud. Laughing to the point tears came to my eyes.  This was not a laughing matter; there was nothing funny about it.  I had a hole through the side of my cheek, which, come to find out later, came out of the back of my neck.  But I wasn't laughing because anything was funny.  I was laughing at how marvelous and gracious my God is.  It was a worshipful laugh, I couldn't contain it.  I began thinking about how that bullet could have been placed 2 inches the other way and I would not still be on this side of eternity.  I thought about how the Lord was allowing me to live a while longer.  To see my wife again, my kids grow up, to be able to go to my church once again.

In the days following, I’ve thought much about the divine providence of God.  Romans 8:28 says “And we know that all things work together for good to them that love God, to them who are the called according to his purpose.”  That same bullet which could have easily been fired 2 inches to the right, and killed me, could have been fired 2 inches to the left and missed me altogether.  Apparently, it was just the Lord's will for this to happen.  I believe God wanted to do something in my life that no man, including me, would try to steal any of his glory.  He did something so marvelous that even non-believers have a hard time explaining it.  I, in no way, blame the man that pulled the trigger in this incident.  He was only being used by my God.  I pray for his family and loved ones, their loss, and their future pain and suffering.  I do understand that everyone in this life hasn’t had the same opportunities as me.  I count it all the grace of God that I am what I am.  Had it not been for the Lord, where would I be?

Almost 15 years ago, at the age of 22, on February 4th, 2007, I stood in the back of a church as a lost man.  I had lived my entire life up to this point for sin and for self.  Sure, I had been in church, made a profession when I was young, tried to pray, tried to obey man's laws.  But I was lost, alienated from God.  Just the same as someone who never set foot into a church.  See, mankind has a sin problem.  It's not that we become sinners somewhere along the way. We are sinners, born that way according to Psalm 51:5, and this won’t be tolerated by a Holy and righteous God according to James 1:15. As the preacher began to preach the word of God that night, the Holy Ghost began to convict my heart that I was lost.  I was much like King Agrippa, the man he was preaching about.  My whole life I had been an “almost.”  Almost doesn’t count.  The Holy Ghost was bringing all my sin to my remembrance.  I was under conviction from God.  I looked unto Christ for salvation, repented, and believed upon him. I believed that Jesus is God, that he made this entire world in the span of seven literal days. That he allowed this cruel world to beat him, mock him, crucify him for my sin So that he would be the supreme sacrifice for my sin.  Not only the sins of the world, but my sin.  This was the night I got born again.

If you’re not sure whether or not you are saved and know the Lord Jesus Christ, chances are you’re not and don’t. I wanted to be able to tell my testimony while I may be in the limelight for a brief few moments in my life.  Maybe someone who reads this will be turned to Christ and from their sin.  So hug your children, kiss your spouse, and thank God for each day he allows you to spend on this earth, for our life is short and could be taken away in just a moment of time.  (James 4:14)

Jan 16
How to Encourage Yourself in the Lord

Trooper Glenn's Testimony Critics Things Are Not Always As They Appear