Shake Off the Serpent 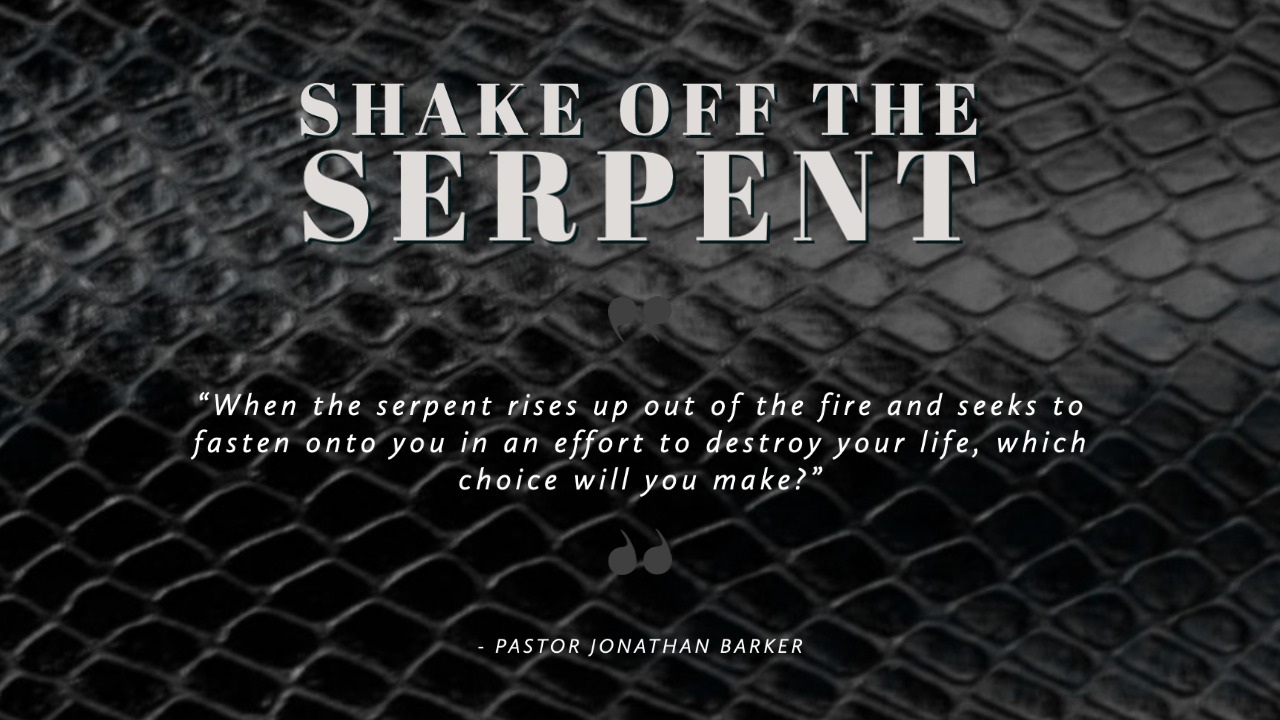 “And when Paul had gathered a bundle of sticks, and laid them on the fire, there came a viper out of the heat, and fastened on his hand.

And when the barbarians saw the venomous beast hang on his hand, they said among themselves, No doubt this man is a murderer, whom, though he hath escaped the sea, yet vengeance suffereth not to live.

And he shook off the beast into the fire, and felt no harm.”

In this passage of scripture, Paul has just suffered shipwreck and landed on the island of Malita after facing stormy waters. The people of the island had built a fire for the shipwrecked travelers, and in an effort to contribute, Paul is gathering sticks and adding them to the fire. As he puts a stick of wood on the fire, we read that a viper came out of the fire and fastened onto Paul's hand. Paul was doing nothing wrong. He was completely undeserving of the serpent’s bite. As a matter of fact, he was simply trying to stay warm and even help those around him to stay warm.

When I read of the serpent in this text, my mind goes back to Genesis 3 where Satan is referred to as a serpent when he beguiled Eve. This is the first time we are introduced to the serpent, Satan, and from the beginning we are taught that his desire is to fasten onto people and ultimately end up killing them.

Has there ever been a time in your life that resembled this incident in Paul’s life? Maybe you have just come through a storm in your life, and maybe you're even trying to help others around you, and out of nowhere the serpent fastens onto you. When this happened to Paul, he had two choices. He could have let the poisonous serpent stay fastened to him, which would have likely resulted in his death, or he could have shaken the serpent off into the fire.

Each of us are faced with the same decision when Satan comes against us. With the help of God, Paul shook the serpent off and lived to tell about it. I can just imagine sitting around a campfire with Paul and hearing him tell the story of being shipwrecked and snake bitten, but then ending His story with the testimony of how God helped him through all of it.

When the serpent rises up out of the fire and seeks to fasten onto you in an effort to destroy your life, which choice will you make? The only choice that leads to survival is that of allowing God to help us shake the serpent off.

Jun 13
If We Could Dig Into Hell