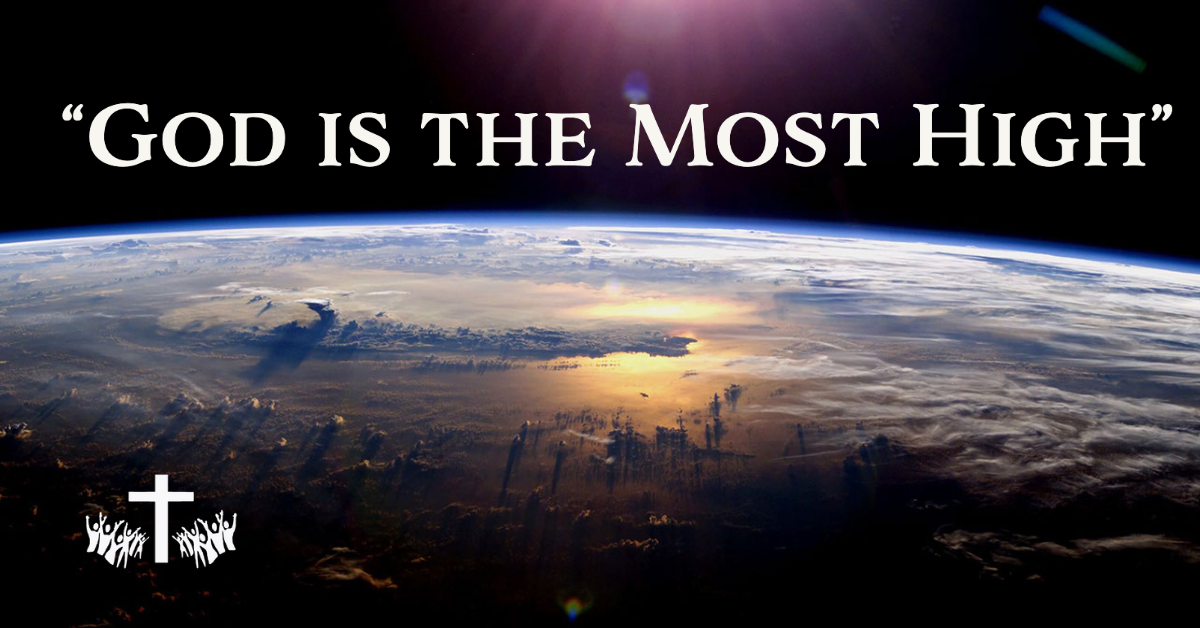 “And they shall drive thee from men, and thy dwelling shall be with the beasts of the field: they shall make thee to eat grass as oxen, and seven times shall pass over thee, until thou know that the most High ruleth in the kingdom of men, and giveth it to whomsoever he will.” (‭‭Daniel‬ ‭4:32)‬ ‭

Some religions believe in millions of gods. Some believe that everything is god. Others believe that we are gods. But in a world crammed full of gods, the God of the Bible stakes this supreme claim - he is the most High God.

And He has proven it repeatedly throughout history. In the ten plagues that God sent against Egypt in Moses' day, God was showing himself to be far superior to all the gods the Egyptians worshiped.

“For I will pass through the land of Egypt this night, and will smite all the firstborn in the land of Egypt, both man and beast; and against all the gods of Egypt I will execute judgment: I am the Lord.” (Exodus‬ ‭12:12‬)

When the ark of God was placed in the same house with the Philistines' imaginary god, Dagon, the statue of Dagon fell on its face before it. “And when they arose early on the morrow morning, behold, Dagon was fallen upon his face to the ground before the ark of the Lord; and the head of Dagon and both the palms of his hands were cut off upon the threshold; only the stump of Dagon was left to him.” (‭‭1 Samuel‬ ‭5:4)‬

‭And, again, here in Daniel, the mighty ruler Nebuchadnezzar of Babylon learns by hard experience that God is the most High, and that He is the one ultimately ruling in every place, giving power to whomever He will. There is no king, or employer, or powerbroker that has power outside of God's dominion.

What peace and pleasure comes with knowing that God rules, even in the greatest kingdoms of men, and that He dispenses power and influence and authority to whomever He will. God is the most High in every place on earth.

Does your life reflect an accurate view of God as the sovereign over your life? Do others see in you a joyful and willing submission to God as the most High? May it be said of us, as it was truly said of Paul and those with him, that "these are the servants of the most High God" (Acts 16:17).