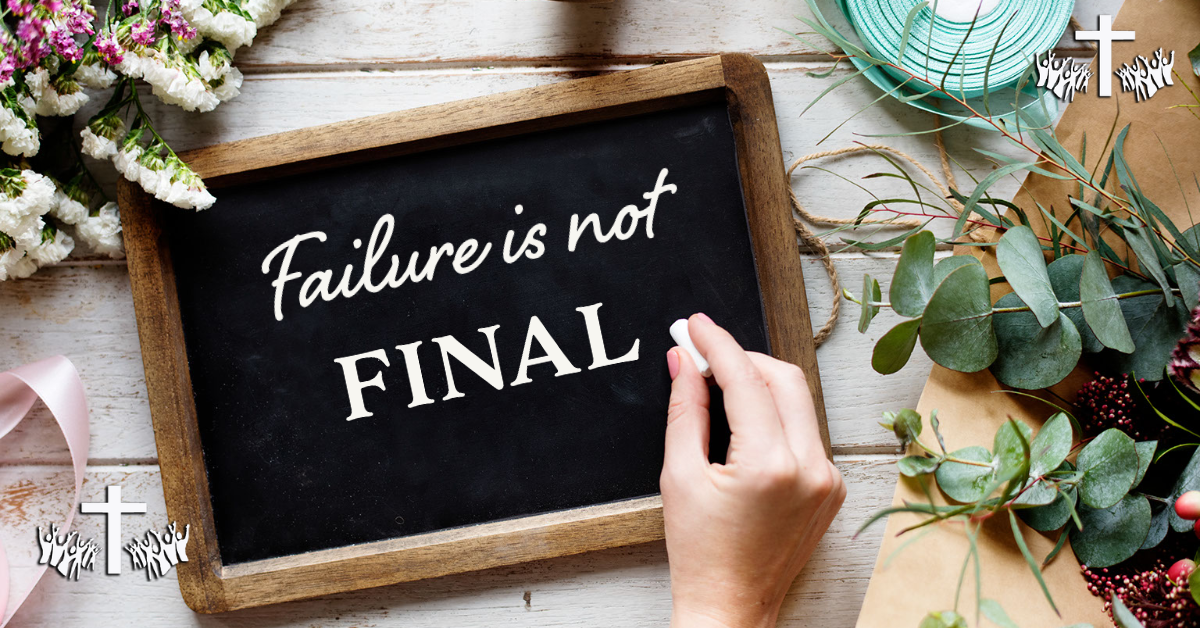 Have you ever made a mistake? I’m sure could all admit that we’ve made a mistake, and if we were truly honest we could say we make mistakes daily.

So many people allow their mistakes to hinder them from succeeding in what God has for their lives. One of the apostles' lives that I enjoy studying is named Peter. Peter is relatable because we not only read about Peter’s accomplishments, but we read about his failures too. Peter told Christ that he was willing to go all the way to the cross and practically die with Christ. But when the time comes and we find Jesus headed to the cross, Peter ended up denying that he knew Christ. In fact, Peter denied Christ three times in one night, and he even cursed and said that he didn’t know Christ.

Most people would have written Peter off as a failure because of his mistake in denying Christ. Peter could have even written himself off after his failure. But later we find that Peter was sorrowful for what he did, and according to Acts 26:75 he went out and wept bitterly. I don’t know about you, but I’m glad Jesus is not like most people.

Fifty-three days after Peter denied Christ, we find Jesus searching for someone to preach on what is known as the Day of Pentecost, according to Acts 2. Christ chose Peter, despite his mistakes and his failures, to lift up his voice and proclaim the gospel that day. And Peter, once again, yielded himself to be used by Christ. At the closing of Peter’s message the Bible says about three thousand souls came to the saving knowledge of Christ.

As I close today, I want to encourage you, even if you’ve made mistakes, to remember what Christ did with the life of Peter. If Christ chose to use him, then I promise Christ can use you too.

If you’d like to read the full story of Peter, you can find it in Matthew 26 and Acts 2.