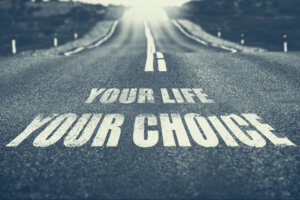 I read this story the other day and thought I’d share it with you.

Aaron Hernandez, a former NFL superstar, by every account seemed like a fairy tale that would surely have a “happily ever after” ending. An outstanding football player at Bristol Central High School in Connecticut, Aaron set several state records and even a national high school record for receiving yards per game. In 2007, he was named Connecticut’s Gatorade Football Player of the Year and ranked as the top tight-end recruit in the country.

Aaron began making some unwise choices off the field. Crushed by the death of his father, Aaron began partying, using drugs, and hanging out with the local gangs his father had tried to shield him from.

The University of Florida gave him a fresh start with a football scholarship. Aaron had an outstanding career at Florida, helping the Gators win the 2009 BCS National Championship and being recognized as a first-team All-American. He decided to forego his senior season and enter the NFL Draft.

Several off-field incidents in Florida revealed that Aaron was making the same kinds of poor choices he had made in high school. He failed multiple drug tests and was charged with possession of marijuana. A few months later, he and four other University of Florida players were questioned about a shooting.

Because of this, Aaron fell to the fourth round of the 2010 NFL Draft. He was signed by the New England Patriots, starting the 2010 season as the youngest player on any active roster in the NFL. It seemed that he had embraced this new start, playing three successful seasons with the Patriots and even helping lead the team to Super Bowl XLVI.

Aaron, living so close to his hometown, was unable to resist going back to the gang life. Ten months after he signed a $40 million contract with the Patriots in 2012, he was charged with the murder of a friend, Odin Lloyd. After the arrest, Aaron was released from his contract with the Patriots. In 2015, Aaron Hernandez was convicted of first-degree murder and sentenced to life in prison without the possibility of parole.

By 2017, Aaron’s success story was over. He was no longer Aaron Hernandez the Super Bowl tight end, the star of Boston’s nightclubs or even the celebrity defendant. He was a 27-year-old convicted killer doomed to live his life in a prison cell. On the morning of April 19, 2017, the same day his Patriots teammates were scheduled to celebrate another Super Bowl victory at the White House, Aaron Hernandez’s body was discovered tied with a bedsheet to his prison cell in Shirley, Massachusetts. His death was ruled as suicide.

Our life is made up of choices...and with every choice there is a consequence. I am reminded of what the Bible says in Joshua 24:15 choose you this day whom ye will serve:...but as for me and my house, we will serve the LORD. The greatest choice any of us could ever make is choosing to seek God in every decision that we make. When I am faced with difficult decisions, I always call my Dad and he says the same thing each time, “pray a lot and move slow.” I am sure if Aaron Hernandez had done that, the outcome of his life would have been different. This week, may we consider the consequences before we make the choice.

Jun 13
If We Could Dig Into Hell